Studied architecture at the Universities of Florence and Venice. Graduated from the Department of Theory and History of Architecture of the IUAV.

Between 1983 and 1991 worked as an architect and publicist in Modena. Organization of lectures and international symposiums on the theme of building in a historical context. Publication of studies on the architectural and urban planning history of Modena.

Together with Prof. Pier Luigi Cervellati plans for the redesign of the historic market square and for the restoration and reconstruction of the Old Town Hall of Modena.

On behalf of the city of Modena guidelines for the preservation and careful renovation of the and urban planning of the 19th and early 20th century.

From 1995 professorship for design and building construction at the architecture faculty of the Munich University of Applied Sciences.

From 1997 to 2000 member of the Gestaltungsbeirat board Salzburg.

Publication of articles and essays in German and Italian, architectural journals. Prizes and recognitions in international competitions.

From 1995 to 2006 planning and realization of the reconstruction of the former Staatsbank building and the Palais Neuhaus-Preysing in the center of Munich as the headquarters of the of the HypoVereinsbank (in partnership with Guido Canali).

2010 Office based in Munich and Parma together with Gianfranco Zanafredi and Silke Langenberg. 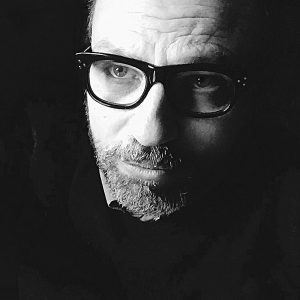 Gianfranco Zanafredi graduated in Architecture in Venice (IUAV) in 1987.

He collaborated with Guido Canali over fifteen years on various projects including the cruise ship Costa Marina, the restoration of the nineteenth-century halls of the Palazzo della Pilotta in Parma and, in the same monumental complex, the preparation of the exhibition „Lights on the eighteenth century“.

Since 1992 he has been developing and realising in his own studio in Parma various projects for public and private buildings as well as urban spaces in historical and environmental contexts in central-northern Italy.
His projects are published in Italian architecture magazines and in the monographic book Gianfranco Zanafredi, edited by Michele Calzavara (Libria publishing house, Melfi 2009).